The sports hall in Samadrexha, Vushtrri, is being finalized
Share: 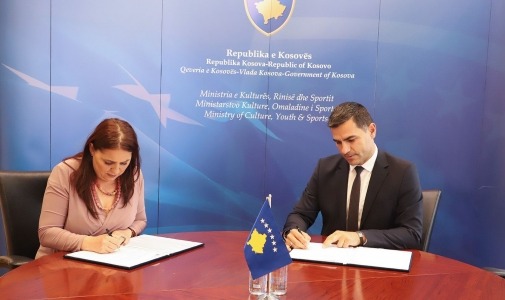 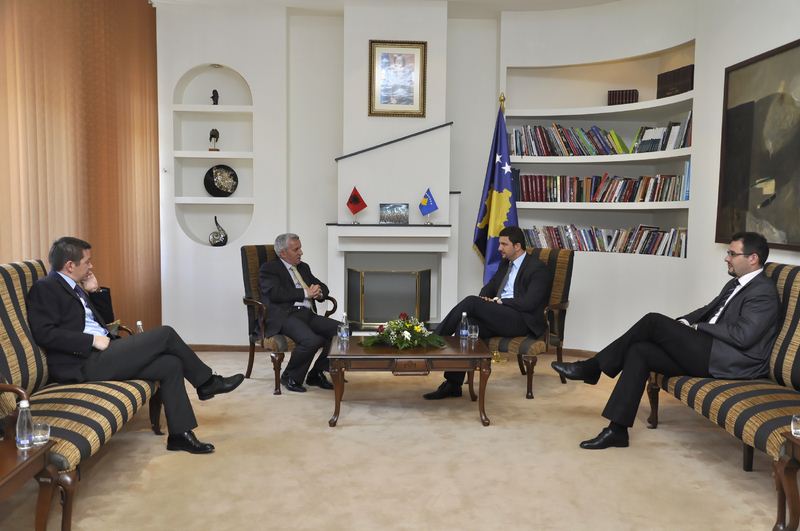 Today, the Minister of Culture, Youth and Sports welcomed in an introductory meeting the Ambassador of Albania in Kosovo, Qemal Minxhozi.

Congratulating him for his duty, Minister Krasniqi thanked the ambassador for the cooperation Albania has offered to Kosovo in the field of culture, sports, youth and cultural heritage, cooperation which served as an example between two countries.

He notified the Ambassador for the developments in the field of culture, youth, cultural heritage and sports in Kosovo, as well as for the projects in future.

The Minister said that one of the most important projects for culture in Kosovo, but also in Albania, is the signing of Common Cultural Calendar, which already started to be implemented both in Kosovo and Albania.

He said that in future, there shall be even more common projects between Kosovo and Albania, as in culture, heritage, sports and youth.

In his turn, the Ambassador Minxhozi thanked the Minister for the hosting and congratulated him for the work he did in the advancement and promotion of cultural scene in Kosovo, improvement of sports infrastructure, as well as maintenance and promotion of cultural heritage. He added that he shall work for enhancing even more the cooperation between Kosovo and Albania in culture, youth and cultural heritage.