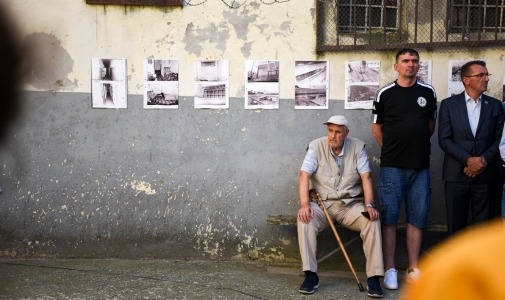 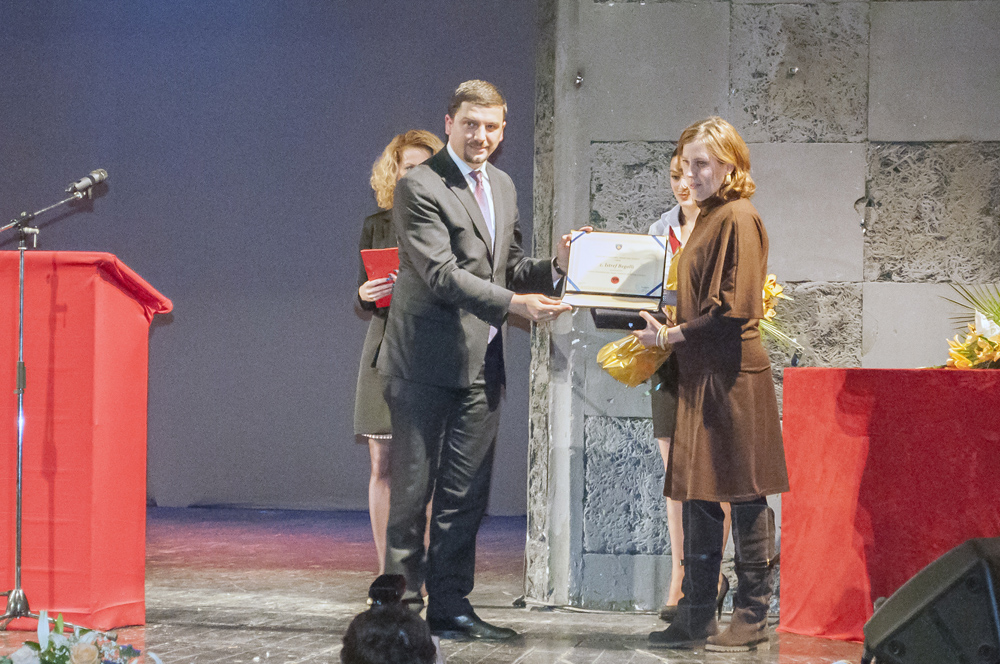 On his speech of the occasion, Minister Krasniqi has highly evaluated the activity of actor Begolli, while saying that he left indelible impressions in theatrical life of Kosova.

“His monumental roles and his personality have filled this theatre full of emotions, made us all proud, and above everything he was and is the inspiration for numerous generations of actors”, he said, while expressing the satisfaction that prominent personalities of art are already being honoured institutionally.

The award of the National Prize on Life’s Work and Annual Prizes for Theatre, said Minister Krasniqi, is an honour but also an incentive for new generations to work hard, as their work will be estimated as they deserve. He said that except the prizes for theatre, MCYS has also established the prizes in other fields of art such as cinematography, music and visual arts.

The date of March 27th is the World Theatre Day. Minister Krasniqi said that two significant steps are already into place on this date. “The National Theatre of Kosova, for the first time as an Institution of the State of Kosova is a member of the European Theatre Convention with full rights, which is an extremely important Institution of theatre throughout the World. Now our theatre artists will have enough opportunities to perform in the European scenes but also enjoy the presence of theatrical troupes in Kosova from many European countries. Another significant step is the opening of the representative body of the International Institute of Theatre. He said that these two achievements witness the successful penetration of our whole cultural scene in most successful culture events of the world,  while adding that MCYS will continue to support theatre and the entire artistic community, always with the intention of bringing genuine values,  enabling them to freely express their creative activity without  any kind of influences.

The actor Ismet Azemi said that this prize is very significant for him and motivates him to work even harder for theatrical life in the country.

At the solemn award ceremony, marking also the World Theatre Day, was also read the selected Declaration for theatre of this year, provided by the Italian writer and playwright Dario Fo, the winner of Nobel Prize for Literature in year 1997.

Based on Regulation for prizes, the laureate of the National Prize on Life’s Work is rewarded 5 thousand euro whereas other four categories are rewarded 2 thousand and five hundred euro. The jury for the award of the National Prize on Life’s Work and other annual prizes in the field of theatre, appointed by the Minister of Culture, Youth and Sports, Memli Krasniqi, had the following composition: Emin Kabashi, Besim Rexhaj, Fatos Berisha, Naser Shatrolli and Mirsad Ferati.