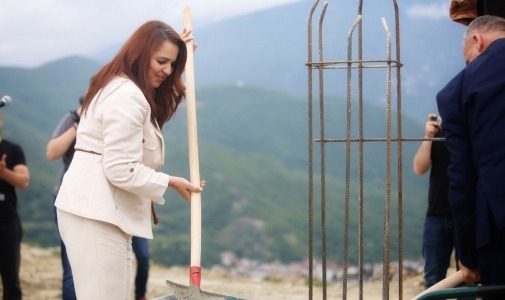 The construction of the National Judo Center in Peja has begun 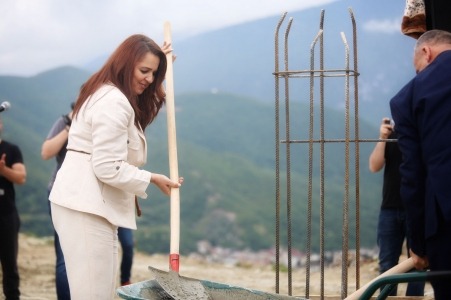 Kosovo will have the National Judo Center, which will be built in the city of Peja, a joint investment of the Ministry of Culture, Youth and Sports (MCYS), the Judo Federation of Kosovo (KJF) in cooperation with the International Judo Federation.

Present at the ceremony of laying the foundation stone of this center were prominent personalities of the sports community, Minister Vlora Dumoshi, accompanied by two Deputy Ministers Arbër Grabovci and Engelbert Zefaj, heads of the Kosovo Olympic Committee, led by President Besim Hasani, heads of KJF headed by Agron Kuka, judokas of the club "Ippon" from Peja and the mayor of Peja, Gazmend Muhaxheri.

On this occasion, Minister Dumoshi assessed that the laying of the cornerstone of the National Judo Center is an extremely important event for the sport of judo. The minister recalled the conversation with the President of the International Judo Federation, Marius Vizer.

"As soon as I took office at MCYS as a minister, we met with Mr. Vizer together with the president of the Federation, the president of KOC and the coach Driton Kuka and we talked, and at one point he said to me: Are you assuring me that you will start the construction of this center? We gave him the floor and today this became a reality and for this initiative we thank Mr. Vizer ", said Minister Dumoshi.

Meanwhile, the Chairman of the Kosovo Olympic Committee, Besim Hasani, said that the Kosovar judokas only lacked infrastructure and according to him the successes in this sport will be even greater.

The President of the Judo Federation of Kosovo, Agron Kuka said that this center will be the center from which the best judokas in Kosovo will come out, who will reap international success. He thanked MCYS and Minister Dumoshi for the unstinting support for the development and advancement of the sport of judo in the Republic of Kosovo.

MCYS for this physical infrastructure project in the field of sports has allocated the financial amount of 300 thousand Euros, and for this it signed a memorandum at the end of April.