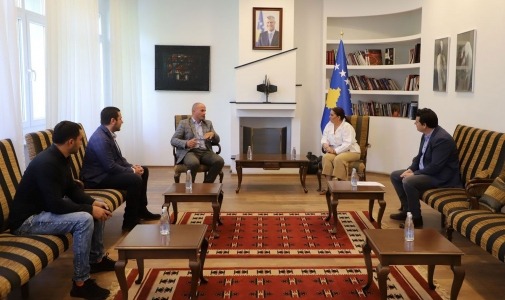 Gashi: The Olympic medal, a historic success for our country 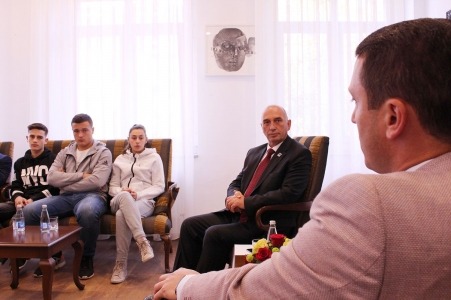 Minister of Culture, Youth and Sports, Kujtim Gashi, hosted in a meeting the athletes of Kosovo who represented our country at the Youth Olympic Games, which took place in Buenos Aires, Argentina from 6 to 18 October 2018.

Minister Gashi expressed his satisfaction with the representation of our country by Kosovo athletes who brought a bronze medal for Kosovo. The minister said that it remains for everyone to commit with a focus on further raising the quality of the sport. He has promised that MCYS will further increase support for athletes and will increase the budget even more for the sport in general.

"The Kosovo Olympic Committee and sportsmen participating in the Olympic Games will have the full support of the ministry. The budget for 2019 for sport will increase for another 6 million Euros as it has been this year", said the ministry among others.

Minister Gashi has commissioned the athletes to commit maximally in their participation in international competitions in order to represent our country with dignity because sportspeople are the best ambassadors of our country who can improve the image of the state and promote our country in the international arena.

Meanwhile, the chairman of the Kosovo Olympic Committee, Besim Hasani, said that the visit of minister Gashi with a collaborators in Buenos Aires was highly evaluated and that presence there was an additional encouragement for our athletes participating in these Olympic games.

"The visit and presence of the delegation of Kosovo in Argentina, led by the Minister, was also evaluated by the International Olympic Committee, in which case they shared gratitude for the delegation from Kosovo", Hasani said. He also expressed satisfaction with the increase of the budget for sport, asserting that this will affect the enhancement of quality and massiveness of Kosovo's sport.

The upcoming Olympic Games for Young People will be held for the first time on the African continent, specifically in Dakar, Senegal, who were assigned the organization for 2022.